Today we’ll have a look into the Pipeline pattern, a design pattern inspired from the original Chain of Responsibility pattern by the GoF

I The Chain Of Responsibility

Basically the Chain of Responsibility defines the following actors:

The goal of this pattern is to decouple the Command object from its processing chain. A new Handler can be easily added to the chain without breaking any existing code. 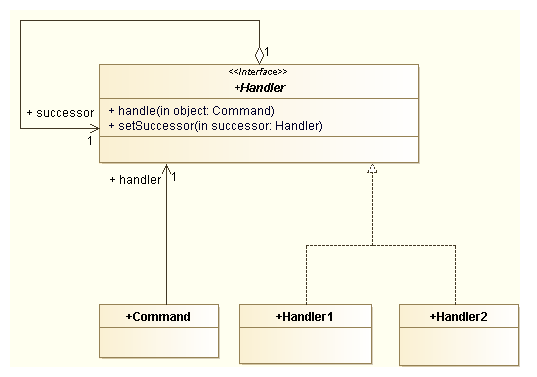 The disadvantage of this design is the number of operations needed when a new handler is added into the pipeline. You need to break an existing successor/predecessor link, insert the new handler then relink it to the chain. It is very similar to a linked list. If a successor link is badly set accidentally, the whole chain is broken.

In the context of dependency injection within a container (JEE or Spring) it is not easier either. 3 operations are required:

All this is quite error-prone indeed.

The original need for the Pipeline pattern comes from my Tatami project.

When an user posts a new Tweet, it needs to be processed by several services:

The Pipeline pattern meet those requirements but is more flexible than the Chain Of Responsibility pattern. It defines the following actors:

Below is the formal UML class diagram: 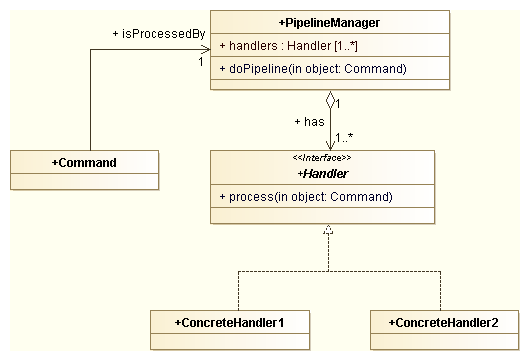 Below is a sample Spring XML configuration illustrating dependency injection

Adding a new tweetHandler is as easy as adding a new entry in the list of handlers. Furthermore, since the handlers collection is a List, the order is preserved.